This period in aviation history between the end of World War I and the beginning of World War II would mark a progressive change from the slower wood-and-fabric biplanes of World War I to fast, streamlined metal monoplanes used in WWII, creating a revolution throughout the aviation industry.

During this period, civil aviation became widespread and famous feats took place such as round-the-world flights, air races and barnstorming. This era also saw the beginnings of the commercial airlines industry and the flying boat came to dominate the industry.

In military aviation, the fast all-metal monoplane emerged in such classic designs as the German Messerschmitt Bf 109 and the British Supermarine Spitfire, which would go on to see service in the coming war.

This period is sometimes called the Golden Age of Aviation. 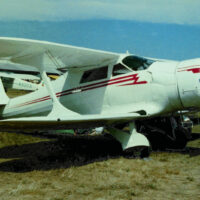 The Beechcraft Model 17 Staggerwing is an American biplane with an atypical negative wing stagger (the lower wing is farther forward than the upper wing). It first flew in 1932. 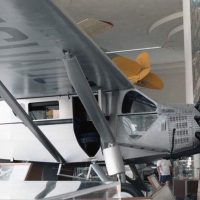 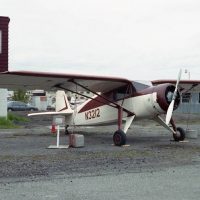 The Fairchild Model 24 is a four-seat, single-engine monoplane light transport aircraft designed by the Fairchild Aviation Corporation in the 1930s. It was adopted by the United States Army Air Corps as UC-61 and also by the Royal Air Force. The Model 24 was itself a development of previous Fairchild models and became a successful civil and military utility aircraft. 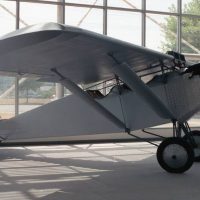 The Ryan M-1 was a mail plane produced in the United States in the 1920s, the first original design built by Ryan. It was a conventional parasol-wing monoplane with two open cockpits in tandem and fixed, tail-skid undercarriage. 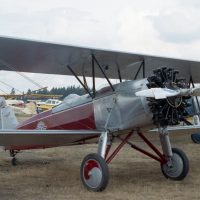 The Stearman C3 was an American-built civil biplane aircraft of the 1920s, designed by Stearman Aircraft of Wichita, Kansas. It was also the first Stearman aircraft to receive a type certificate. 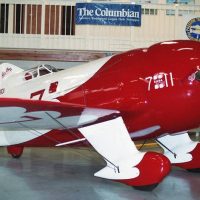 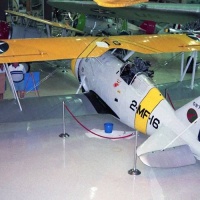 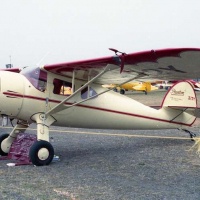 Donald A. Luscombe formed the Luscombe Aircraft Engineering Company in 1933 at Kansas City, Missouri. The Phantom or Model 1 was the first aircraft built by the company, and first flew in 1934. It was a high-wing braced monoplane with conventional fixed tail-wheel landing gear, and was powered by a nose-mounted 145 hp (108 kW) Warner Super Scarab radial engine. The fully enclosed engine cowling, with individual air vents for each cylnder, was unique for a radial engine aircraft. Apart from the fabric wing surfaces, the aircraft was all-metal, and had a luxury interior with two side-by-side seats in an enclosed cabin. 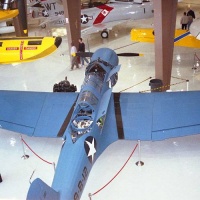 The Vought SB2U Vindicator was a carrier-based dive bomber developed for the United States Navy in the 1930s, the first monoplane in this role. Obsolete at the outbreak of World War II, Vindicators still remained in service at the time of the Battle of Midway, but by 1943, all had been withdrawn to training units. It was known as the Chesapeake in Royal Navy service.