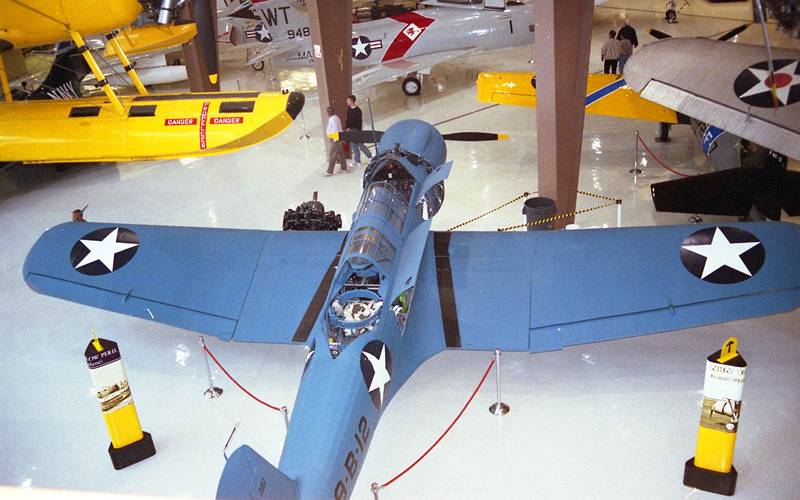 The Vought SB2U Vindicator was a carrier-based dive bomber developed for the United States Navy in the 1930s, the first monoplane in this role. Obsolete at the outbreak of World War II, Vindicators still remained in service at the time of the Battle of Midway, but by 1943, all had been withdrawn to training units. It was known as the Chesapeake in Royal Navy service.

About This Subject
9-B-12 BuNo 1383 – Blue-grey top with light grey underside. Several shots under restoration, photos with wings both folded and with them down. Several overhead balcony shots and full walkaround, gear, some surface detail, no cockpit.