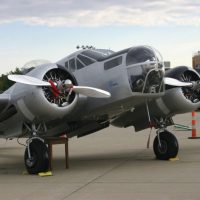 The Beech SNB-1 is a training variant of the Beech D-18. The USN SNB-1 is a glass-nosed, C-series aircraft that were built for bombardier, gunnery, and other training requirements during … Read more 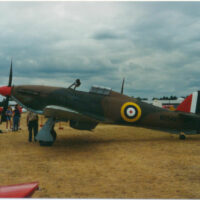 The Hawker Hurricane is a British single-seat fighter aircraft of the 1930s–40s that was designed and predominantly built by Hawker Aircraft Ltd. for service with the Royal Air Force (RAF). … Read more 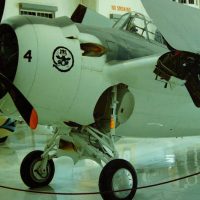 Designated the F4F, its first flight took place in September of 1937. Fifty-four fixed-wing aircraft were ordered in 1939, and in 1940, the Navy decided that all future aircraft were to be built with folding wings. The French ordered 100 aircraft before the war broke out, but when the Germans invaded and France fell, the British took over the deliveries, renaming it the Martlet. 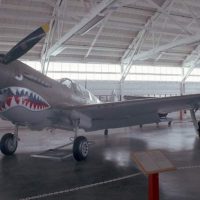 The Curtiss P-40 Warhawk is an American single-engined, single-seat, all-metal fighter and ground-attack aircraft that first flew in 1938. The P-40 design was a modification of the previous Curtiss P-36 … Read more 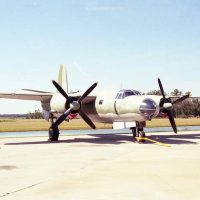 The Martin B-26 Marauder was an American World War II twin-engined medium bomber built by the Glenn L. Martin Company from 1941 to 1945. First used in the Pacific Theater in early 1942, it was also used in the Mediterranean Theater and in Western Europe.
Not to be confused with the Douglas A-26 Invader, later designated B-26. 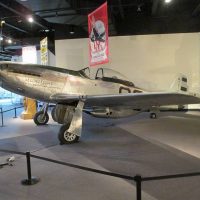 One of the most famous of all WWII aircraft, the North American P-51 Mustang was an American long-range, single-seat fighter and fighter-bomber used during World War II, the Korean War and other conflicts. The “K” model was a Dallas-built version of the P-51D. After World War II, it was exported to various countries including China, where it served in the Chinese Nationalist Air Force. A total of 1,500 aircraft were built. This particular aircraft was converted into a racer called “Second Fiddle”. 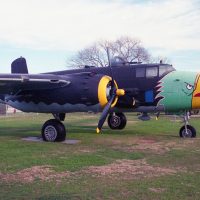 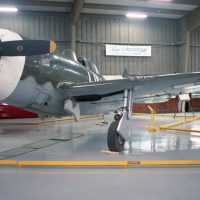 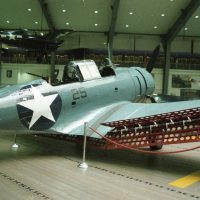