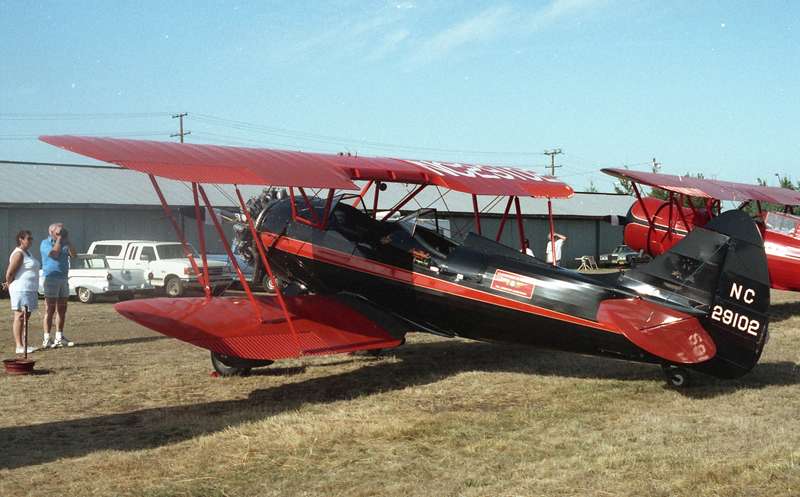 The Waco UPF-7 is an unusual airplane. Not due to any outstanding technical features but to timing. A relatively obsolete design, it was built in quantity at a time when the open cockpit biplane trainer for civilian use was virtually extinct. Even then, it slipped into service unnoticed since it had no significant new features to arouse the aviation community

Production of commercial biplane trainers virtually ended in Depression years of the early 1930s, and new low-powered monoplanes rapidly took their place in the schools and in private aviation. Only the Army and Navy were principal customers for biplane trainers in succeeding years. While Waco did not have a share of this market, it was one of the few firms that continued to supply open cockpit biplanes to private owners of the mid-1930s, a group comprising what could be considered a custom trade. Yet the UPF-7, introduced in the late twilight of the biplane era, was built in greater quantity than any single Waco model that preceded it. Approximately 600 came out of the Troy, Ohio factory between 1937 and 1942.