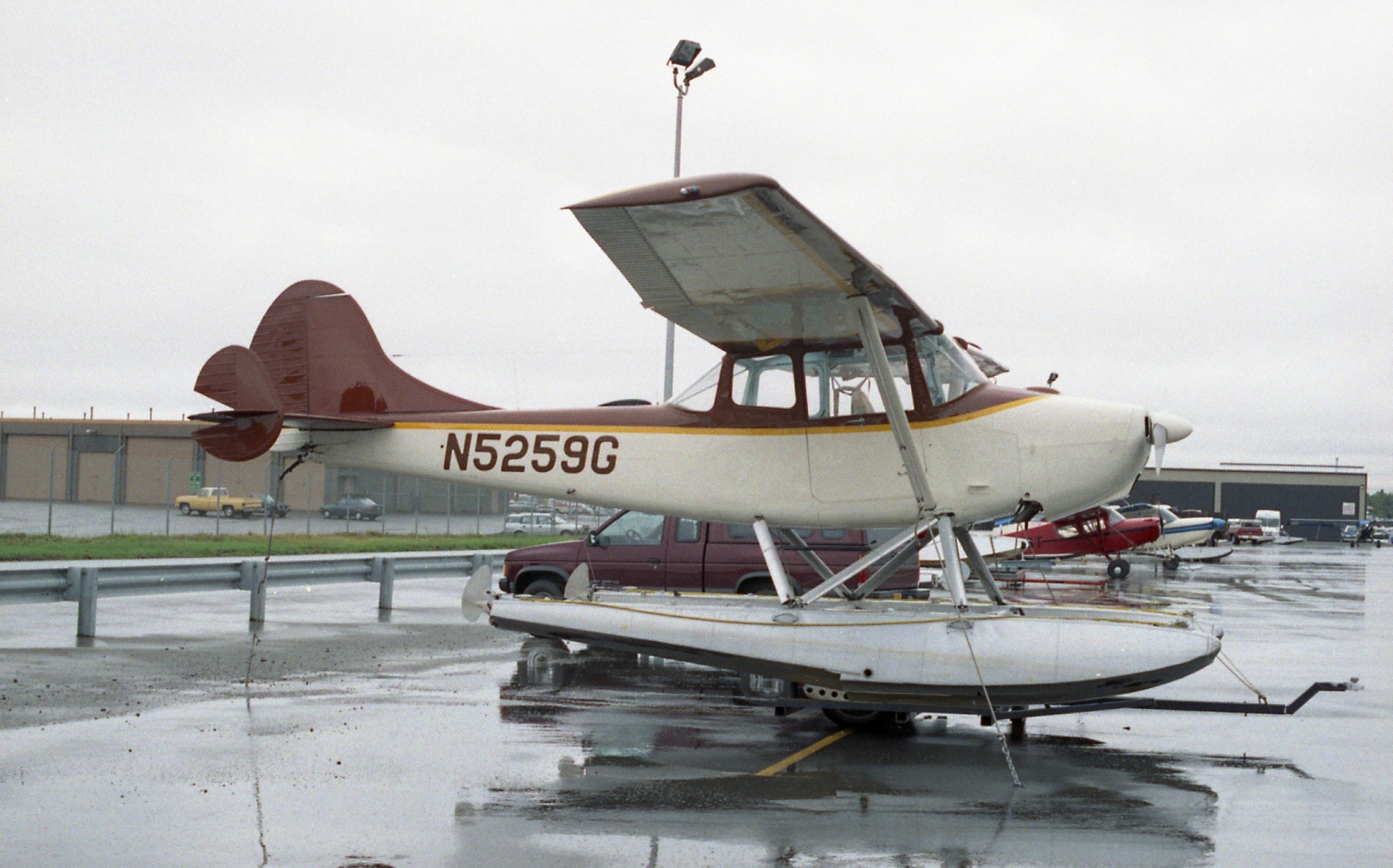 The Cessna 305A was a single-engined, lightweight, strut-braced, high-wing monoplane with a tailwheel landing gear. The greatest difference from the Cessna 170 was that the 305A had only two seats, in tandem configuration (the largest tandem-seat aircraft Cessna ever produced), with angled side windows to improve ground observation. Other differences included a redesigned rear fuselage, providing a view directly to the rear (a feature later dubbed “Omni-View”, carried over to Cessna single-engined aircraft after 1964), and transparent panels in the wings’ center-section over the cockpit (similar to those found on the Cessna 140 and the later Cessna 150 Aerobat model), which allowed the pilot to look directly overhead. A wider door was fitted to allow a stretcher to be loaded.