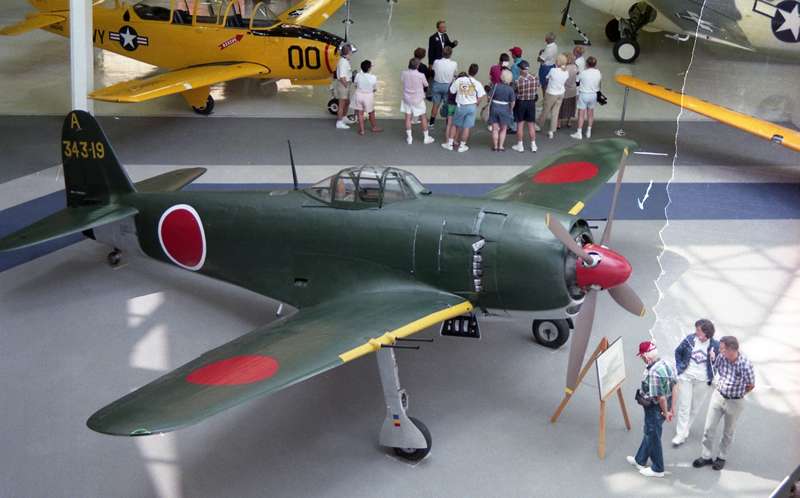 The N1K possessed a heavy armament and, unusual for a Japanese fighter, could absorb considerable battle damage. The N1K-J evenly matched the F6F Hellcat and was a better match than the A6M Zero for such aircraft as the F4U Corsair and P-51 Mustang. Despite such capability, it was produced too late and in insufficient numbers to affect the outcome of the war.

About This Subject: Located at the National Museum of Naval Aviation, “A-343-19”, complete walk around, several overhead shots, gear, surface detail, canopy detail, no interior.