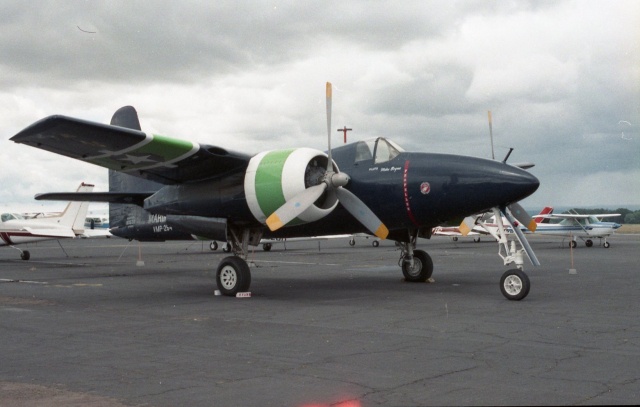 The Grumman F7F Tigercat was the first twin-engined fighter aircraft to enter service with the United States Navy. Designed for the new Midway-class aircraft carriers, the aircraft were too large to operate from earlier decks. Although delivered to United States Marine Corps (USMC) combat units before the end of World War II, the Tigercat did not see combat service in that war. Most F7Fs ended up in land-based service, as attack aircraft or night fighters; only the later F7F-4N was certified for carrier service. They saw service in the Korean War and were withdrawn from service in 1954.

This walk-around features a F7F-3 registration number N7195C (Bu80532 N1 VMF-254) and was photographed in Oakland, California USA in the mid 80’s. These images were originally photos but we have scanned the original negatives to give you the best quality possible. Images were all scanned at 1200dpi and there are 39 photos in this collection.

This is an extremely rare collection of this subject and it offers many views and detail shots.