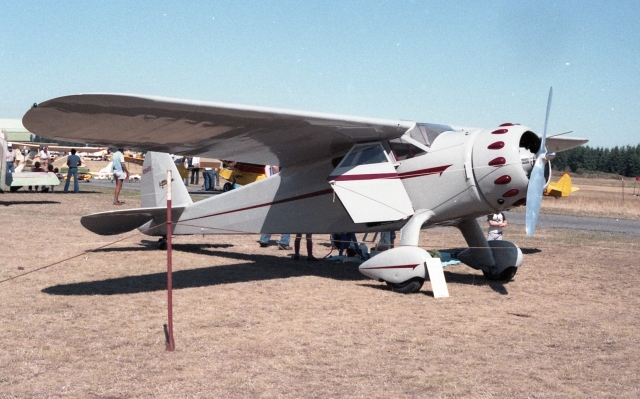 The Cessna Model C-165 Airmaster is a single-engined aircraft manufactured by the Cessna Aircraft Company. The Airmaster played an important role in the revitalization of the Cessna aircraft company in the 1930s after the crash of the aviation industry during the Great Depression.

The design of the C-34 incorporates characteristics that were borrowed from previous models of Cessna Aircraft. These similarities include the high mounted cantilever wing and the narrow design of the cabin windows. The wings and tail surfaces were composed entirely of wood while the fuselage was structured with steel tubing coupled with wooden stringers and formers. Both C-145 and C-165 models were offered with floats.