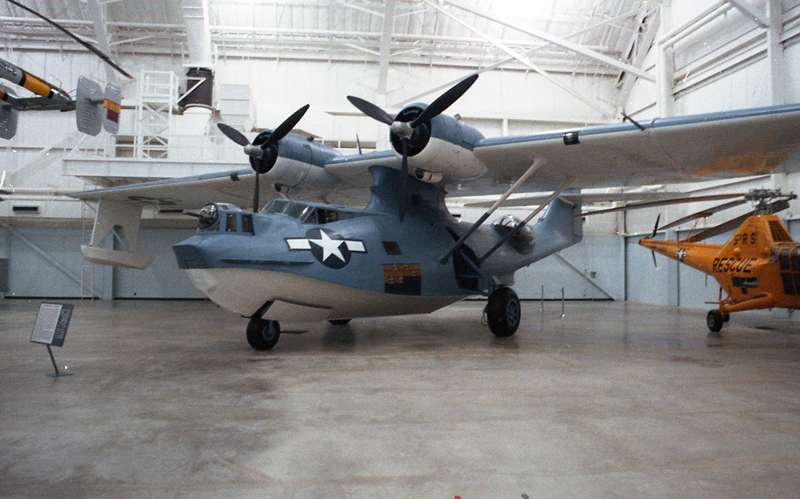 The Consolidated PBY Catalina was an American flying boat, and later an amphibious aircraft of the 1930s and 1940s. It was one of the most widely used seaplanes of World War II. Catalinas served with every branch of the United States Armed Forces and in the air forces and navies of many other nations.

During World War II, Catalinas were used in anti-submarine warfare, patrol bombing, convoy escorts, search and rescue missions (especially air-sea rescue), and cargo transport. The PBY was the most numerous aircraft of its kind and the last active military PBYs were not retired from service until the 1980s.

About This Subject: BuNo 46522 “Snafu Snatchers” walk-around, no interior