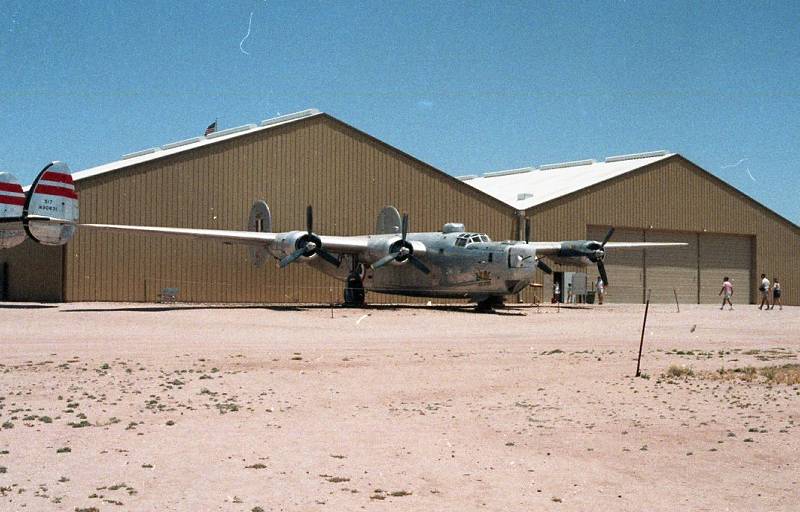 The Consolidated B-24 Liberator was an American heavy bomber, designed by Consolidated Aircraft of San Diego, California. The B-24 was used in World War II by several Allied air forces and navies, and by every branch of the American armed forces during the war, attaining a distinguished war record with its operations in the Western European, Pacific, Mediterranean, and China-Burma-India Theaters. Often compared with the better-known Boeing B-17 Flying Fortress, the B-24 was a more modern design with a higher top speed, greater range, and a heavier bomb load; it was also more difficult to fly, with heavy control forces and poor formation-flying characteristics.