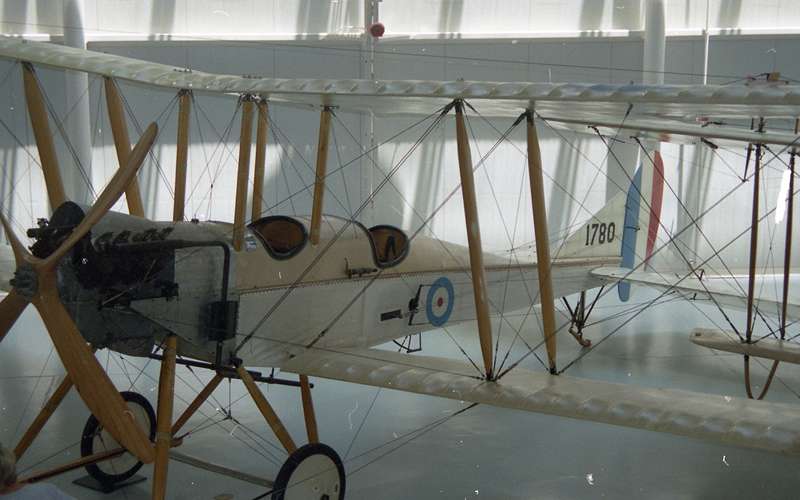 The Royal Aircraft Factory B.E.2 was a British single-engine two-seat biplane which was in service with the Royal Flying Corps (RFC) from 1912 until the end of World War I. About 3,500 were built. Initially used as front-line reconnaissance aircraft and light bombers; variants of the type were also used as night fighters. Like many warplanes since, the B.E.2 was retained in front line service after it had become obsolete, for want of a suitable replacement. After its belated withdrawal it finally served as a trainer, communications aircraft and on anti-submarine coastal patrol duties.

This subject “1780” is finished in doped natural fabric and wood, with US Army Roundels.