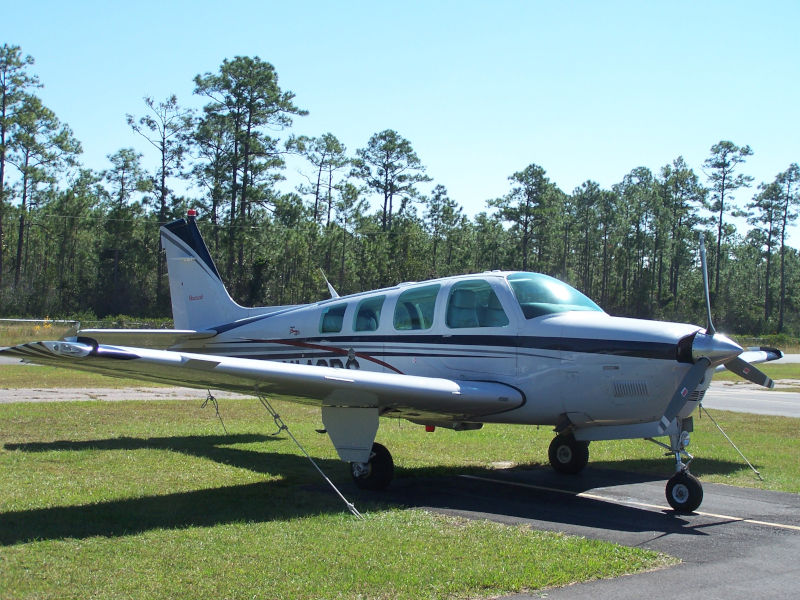 The Beechcraft Bonanza is an American general aviation aircraft introduced in 1947 by Beech Aircraft Corporation of Wichita, Kansas. The six-seater, single-engined aircraft is still being produced by Beechcraft and has been in continuous production longer than any other aircraft in history. More than 17,000 Bonanzas of all variants have been built, produced in both distinctive V-tail and conventional tail configurations; early conventional-tail versions were marketed as the Debonair.