After World War II, commercial aviation grew rapidly, using mostly ex-military aircraft to transport people and cargo. This growth was accelerated by the glut of heavy and super-heavy bomber airframes like the B-29 and Lancaster that could be converted into commercial aircraft. The DC-3 also made for easier and longer commercial flights. The first commercial jet airliner to fly was the British de Havilland Comet. By 1952, the British state airline BOAC had introduced the Comet into scheduled service, then other jetliner designs took to the skies.

Military aircraft became faster and more complex as the jet age arrived. In October 1947 Chuck Yeager took the rocket-powered Bell X-1 through the sound barrier. Further barriers of distance fell in 1948 and 1952 with the first jet crossing of the Atlantic and the first nonstop flight to Australia. 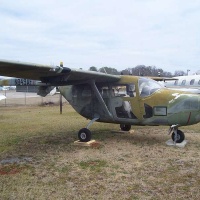 The O-2 Skymaster (also known as the “Oscar Deuce” or “The Duck”) is a military version of the Cessna 337 Super Skymaster utilized as an observation and forward air control (FAC) aircraft. The United States Air Force commissioned Cessna to build a military variant to replace the O-1 Bird Dog in 1966. 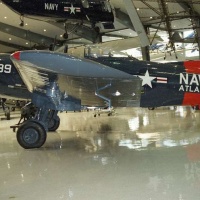 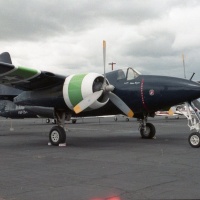 The Grumman F7F Tigercat was the first twin-engined fighter aircraft to enter service with the United States Navy. Designed for the new Midway-class aircraft carriers, the aircraft were too large … Read more